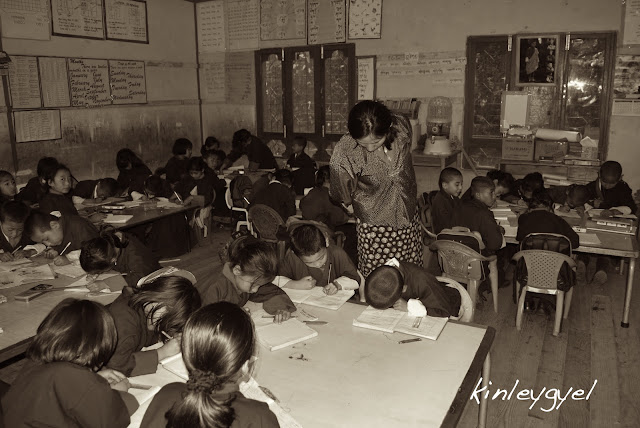 I've never given the controversial corporal punishment as much thought as I did when parliamentarians discussed it passionately while deliberating on the Child Care and Protection Bill recently. It made me remember that one semester in my entire schooling life, which was the most torturous of all.


I was twelve years old and, from what I gather, the teacher picked on me and it wasn't on disciplinary grounds. Coming from the capital and a better-rated school was the reason or so it seemed.


Did I answer it? I honestly don't remember. But I remember the thin bamboo sticks that would splinter away on my palm. The cold pinching slap on my palm, which instantly became pale and, a few seconds later, turned red and hot. I'd never cry. The students would watch in fear.


Every morning I'd watch out for him. But he never missed a class. The mental torture was what got me the most. Maybe that's why I failed in almost all subjects, including English, that semester.


My parents transferred me to a different school but it wasn't because of the teacher, which is the most ironic part. The devil in disguise was the best math teacher, at least according to parents. Not once did any parent in the small community complain against him. Rather they'd side with him.


Now when I reflect on it, I still feel I was a victim. There was no way I would become a math whiz that way.


There were times when other teachers flogged me for forgetting my homework and I felt I deserved it. But in the maths teacher’s case I did not. But I never complained. Who'd listen? I accepted it as it is, especially because we'd hear stories from adults about how worse it was during their times.


Things are changing. Children know their rights now. The education ministry's code of conduct for teachers prohibits corporal punishment. But, like the discussion during the national assembly session, there is no consensus among the different laws related to child care and protection.


The penal code provides that loophole, which gives teachers, (who fit under person responsible for general care and supervision category), the right to use force and on disciplinary grounds.


Some parliamentarians have qualms over spelling out corporal punishment in the childcare act.


Yes, I still do fear my math teacher and the dzongkha teacher, but it is the one lesson that my father taught me which had a greater impact in making me a better person than all the floggings that I received. I was only nine years old then.


The kitchen and toilet of our home were located outside the main structure. At the break of dawn, I was up with a terrible stomach-ache. Everybody was sound asleep. I was scared to go out in the dark. So I simply stepped out and emptied my tummy outside near the door, and went back to sleep.


When my father got up and went outside, he saw it and shouted who was responsible for that. I thought I was up for a beating. But I went up to him and explained why I did it outside. He simply grinned, patted me and said, “Good. Honest is what I expect you to be.”


Posted by Kinley Wangmo at 3:11 PM No comments: