Why wait for Reading Year to start reading?

The prime minister, in his state of the nation report, declared 2015 as the Reading Year.  It is one the best news from Parliament in recent days.
It is also a news that almost every Bhutanese citizen would welcome, although  they may not  be practicing it.
Reading is important, perhaps more important than pay raise and taxes, for it focuses on more than just deficiency among Bhutanese.  The benefits of reading are many.  It exercises the mind, teaches concentration, and provides a wealth of knowledge – all of which everyone is aware of.  But its importance gets drowned, and ignored, most likely by the supposedly important taxes, salary hikes, and other issues of national interest.
It’s a cliché that Bhutan leaped from a culture of rich oral tradition to the visual medium, forgoing the printed word.  But if oral tradition was rich, it’s a good indicator that Bhutanese can be good readers.  It’s simply a matter of timely intervention and a necessary push.
Reading skills do not emerge out of the blue, and no age is too early (or late) to start.  To read, one has to comprehend, and to comprehend, one has to talk, understand and know language.
Scientific evidence supports exposing children early to language, as early as the time they are in the womb. Literacy in the first and second years of lives is most effective in making them skilled readers later in life.  It is in this nascent period, that language develops at a pace that is unmatched at any other age, or ages put together.
In the UK, a ‘talk to your baby’ program found that children, who are less spoken to, have a smaller vocabulary then their peers.
In Bhutan if most adults are a lost cause, the reading habit is still not beyond hope.  If adults feel and know reading to be important and good for their children, they will, and must, take up the responsibility to teach their children to read, and develop it into a habit.
While buying a toy from a store, pick up a book too – a picture book, an alphabet book or a book of words.  Inculcate in your children the hunger to read, to feel the printed page under their fingers, and to crave the smell of paper.  This done, in years to come, they will pick a book, for they would know well about the untold treasures it holds.
Scientific evidence also shows that those who read are those who perform well academically, not to say that’s the sole reason why children should read.  It simply means children grow intellectually and, as they grow, they understand things easier, better and faster.
Next year may be the Reading Year, but one need not wait that long.  It is said children are made into readers on the laps of their parents. Start today.

Posted by Kinley Wangmo at 9:45 PM No comments:


Vehicles are prized possessions, be they luxury or necessity.  The news of  lifting of the ban on import of vehicles would have sparked excitement, if it were not for the revision of vehicle import taxes, deliberated in the National Assembly, snubbing it out.
Instead, the feeling it has generated is one of exasperation and disappointment, despite the government’s reasoning.
The reasons are, to some extent, why there is a disgruntled lot.
But most importantly, the burden of tax increase, including the five percent on fossil fuel, would weigh down mainly on the low-income group.  The revision is expected to set off a chain reaction, with the uncontrollable inflation receiving yet another boost.
For the low-income people, the preferred vehicle comes in small packages and lower cylinder capacity (CC).  The government proposed a 110 percent tax on the import of vehicle in the 1,500CC category, and the National Assembly reduced it to 100 percent, citing reasons, such as unaffordability and necessity.
Those imported from India will not be levied customs duty, which is 45 percent, only sales and green taxes.  In retrospection, the government imposed the ban to control the outflow of Indian rupee.  The situation could be put to task, with those wanting to buy vehicles choosing the cheaper option.
The government will garner a handsome sum from the taxes, but the question is: at whose expense?
There are those who’ve been waiting for the ban to be lifted to buy their first cars, which can also be the first family car.
At the assembly discussions, members argued that it would be appropriate to let first-time buyers purchase without the revised rates.  The second, it was said, could be taxed the new rates, because it would then fit as a luxury.
This makes sense in the light that public transport system is either lacking or unreliable.
The five percent fuel tax rubs salt on the wound.  Cost of transportation will increase, and this will lead to increase in cost of goods and services, and here again the low-income group and farmers in rural areas will be hit the hardest.
The intention to raise vehicle import taxes is misplaced, despite motives, such as environment factor, control of vehicle numbers and reducing sreliance on fossil fuel, being laudable.
What’s important, at least for the time being, is to first have alternatives in place before taking the plunge.  Electric cars are to decrease reliance on fuel, but it is yet to establish itself.  Besides criticism faced at home, the vehicle in question, Nissan Leaf, has been receiving negative reviews in the international market and in Japan.
The capital city has a fairly good public transport system, but it needs a major boost to serve and cater to the masses.  In other districts, public transport is almost lacking.  An alternative should be in place, like an efficient and reliable transport system, so buying a vehicle can warrant a second thought.
With rising cost of living, aren’t citizens, especially from the low-income group, already taxed enough?

Posted by Kinley Wangmo at 9:43 PM No comments:

A frozen midnight.
Is that a possibility?
So the scales don't dip
to the other side.
I'd like to stay on this side.
This side of the clock.
This side of the day that ticks away.
Weigh the scales down with all my might,
If I might say.
But those sixty ticks, clicks and chimes
don't stay.
Can I freeze you midnight?
Is there a giant battery
I could simply pull out
to stop you?
Is there a way
to break you?
So I don't have to exclaim
It's midnight already!
I've got little fingers to entwine with
tiny feet to hold in my palms
and it's today I must savour it.
It's today's dose
not tomorrow's.

Posted by Kinley Wangmo at 10:06 AM No comments:

Posted by Kinley Wangmo at 9:51 AM No comments: 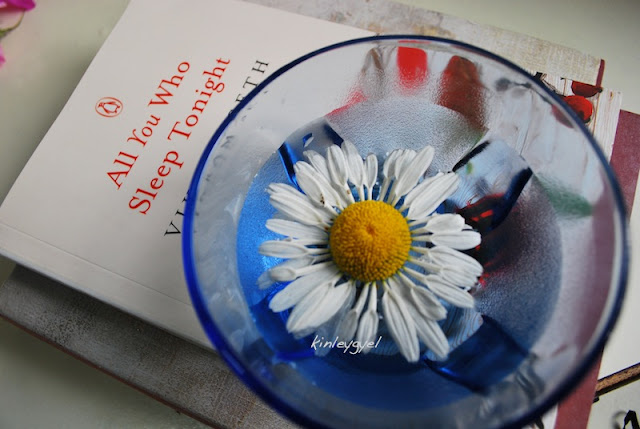 The life we've already lived – it's no surprise- is worth looking back at and reflecting on. Breaking it down to a decade, because that's when I graduated from college and started work, I am surprised how less ten years can be.

Here I am after the sad bus ride back home from college, and after the snow fall on the day I started interning with the paper where I'd later work for the next ten years of my life. I still do. Just that I am on maternity leave and writing this at home sitting next to my two-month old boy who just woke up and is squirming and straining. It's gas problem that babies have to grow-out of, something I've learnt from my experience with my first born. Yes, I've two sons to go along with a marriage and a career. All of which sums up my life in the past decade.

Coming to think about it a career, a marriage, two children in a decade is a lot even to spell out, so simply imagine what it'd be like to actually live it. No wonder when I reflect the last decade seemed to have zipped by, and it leaves one with a feeling of how less ten years can be. Life certainly is short.

At the threshold of another decade in life, my youngest sibling is at the beginning of the decade I left. She just returned from India having finished college. If her life seemed to have dragged so far, she'll regret how fast this decade's going to be and it's kind of worrying because where does that take or leave me. I'd really want it to be eventful but slow.

And at the beginning of another decade I write this down, hopefully it'll be able to help me reflect at the end of the tenth year.

I don't want to call this my 'Bucket List' because it has such a finality to it. I will call this my list of must-do things. These are things that complete and make me whole. With all the I and Me going on I definitely sound like a selfish and self-centered person. Maybe I am. Or maybe I just need to do it and find out if it really does make me whole (I know it will), and keep the judging to others and not be bothered by the judgements.

I've just realised no matter how fast or slow, or consistent or inconsistent, and whether there have been external or internal influences affecting my thoughts and actions, I am still that dreamer I used to be. Happy!

Posted by Kinley Wangmo at 11:30 AM No comments:

Posted by Kinley Wangmo at 3:30 PM No comments: